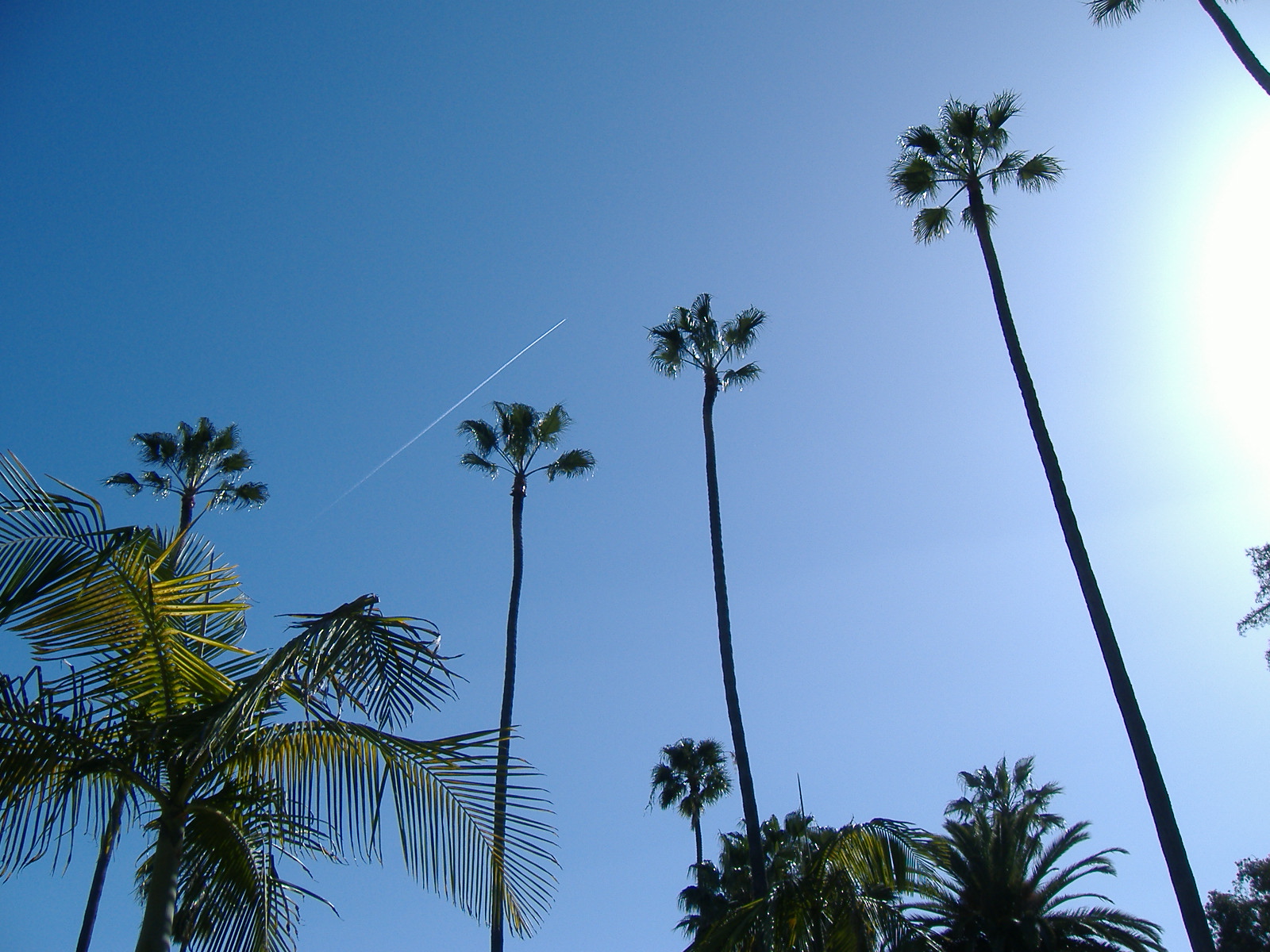 As we were driving through Bel Air I looked in my rear-view mirror and saw Angelina Jolie following me in a black Mountaineer. I thought, wow, what a great town, Angelina Jolie is tailgating me and I wasn’t even looking for her. I quickly dismissed any doubts that maybe she wouldn’t be driving a black Mountaineer. At a stop sign, I asked Mary to check it out in her vanity mirror. She said, “Well, she’s very pretty, but she’s not Angelina Jolie.”
“She will be when I write about it,” I replied.
This is why I didn’t finish Journalism school. 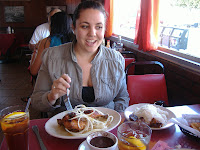 Allison drove us to the Cuban restaurant (Versailles, on La Cienega,) and it was great. The place looked like an old Sambo’s and though the update wasn’t too fresh, the service was quick and the tables were level. Good food, lots of it, and cheap – a good unspoken message that choices were being made and understood by my daughter
After dinner, we left for the strip.
When Allie was young, LA was a thing to be avoided. We made annual pilgrimages to Disneyland, but always planned the trip to keep from actually seeing LA during daylight – presumably to prevent blindness or skin rashes. Avoiding the traffic was our religion and so, this was my first time to Hollywood. 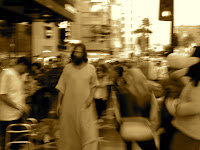 Lots of hustle and bustle on the strip -- Concrete stars and flashing lights. The locals were aggressive – unlike SF – they weren’t looking to get stuff from you, they were looking to take. Allison later told me that the only normal people she had met in LA were people who had just moved there -- like her.

The highlight, for me, was Jesus in original sandals – he looked just like his pictures -- kind of historically fuzzy and manically bemused. Allison said she saw him everywhere, as you would expect. "He always looks like he walking to work even when he's by my house."

I took only two pictures of the stars on the pavement. I took them because I thought they would make a good couple in a different time – Johnny Depp and Veronica Lake, together forever, as they should be.

Mary bought Allie a Map of the Stars while we we on the strip. I have a hard time believing she didn't already have one, but anyway -- Halle Berry lives on the same street as Allison.
We dropped off Allie at her apartment after it got dark and took Sunset back to our hotel for the night.
Two more cool things:
at March 29, 2010